The Power of a Historic Building

Note from Jon Schallert: If you received my email newsletter, there is an obvious grammatical error in the 3rd paragraph.  Read down to the bottom of this blog and you’ll learn why it’s there. 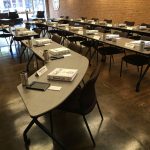 It hasn’t always been this way. When I started teaching the Destination BootCamp class in September, 2002, and for the next 13 years after that, we conducted every BootCamp in a hotel conference room, just like every other company that puts on classes.

But that changed 2 years ago. That was when we decided that a historic building in a progressive downtown was also the best place to hold our Destination BootCamps.

You might wonder what prompted us to give up the simplicity of renting a hotel conference room for our BootCamp, and instead, purchase a former bank building built in 1875 that was filled with surprises like asbestos, faulty plumbing, and sagging ceiling trusses.

It was the power of a historic building!

When I left Hallmark Cards and started my consulting firm, it was downtown Main Street organizations who were the first groups that decided my message could benefit their downtown business owners. And with every downtown workshop I did, I started to appreciate the uniqueness of the buildings, the history these downtowns, and the stories that radiated from every downtown location. I also started to love the gutsiness of the business owners who built their businesses in these downtowns, when they could have located their businesses into a strip center or a mall much more easily.

So, when Peg and I had the chance to purchase a historic building at 321 Main Street in downtown Longmont, we decided it was worth the risks:

One risk was this building wasn’t directly adjacent to the hotels where our BootCamp attendees liked to stay.

Another risk was the building itself didn’t look historic at all, but as we did a little research, we realized that this 4,650 square-foot two-story was the oldest brick building in Longmont and that it was originally was the home of the Emerson Buckingham Bank, the first bank in Longmont.

Once we realized the historic importance of the building, we then took steps to bring back its historic look. That meant we had to tear out the drop ceiling, the glaring floodlights, the nasty carpet, and scrub off the asbestos black tar that covered the floor. And as we worked, we discovered the brick walls, the wood beams, the original wood floor, and the original marble of the bank lobby’s floor. 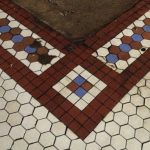 But the story just kept getting better: We learned that just 2 doors down from this 321 Main building, was another historic building where a young entrepreneur named James Cash Penney opened his first business. If that name sounds familiar, James Cash Penney came to be known as JC Penney, but when he first started out in business at the age of 23, he owned a meat market. You probably didn’t know this fact because within a year of opening it, the meat market closed, and James had to walk down Longmont’s Main Street and get a job with Longmont retailer Tom Callahan, who taught him about the dry goods business. Eventually, James Penney bought out Tom Callahan and changed the name of all of Tom’s stores and launched the JC Penney’s chain of stores.

It took us 21 months, but when we conducted the first Destination BootCamp in the building on April, 2016, we knew it was right. We also learned that despite not being directly next to Longmont’s “hotel row”, attendees of our BootCamp like that they’re right downtown, in the midst of Longmont’s own downtown revitalization, with shops and award-winning restaurants within walking distance. They tell us they love the history of the building and the vibrancy of our downtown, and I think business owners now sit in my class and look around and say: “I think I could do this in my downtown.”

We now conduct seven (7) Destination BootCamps a year at 321 Main Street. We host independent business owners, community leaders, downtown directors, and economic development professionals from all over the world in our BootCamps, and I think our historic building provides a setting that would be hard to replicate in any traditional hotel conference room. 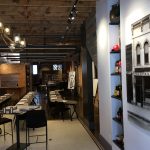 And that’s the power of a historic building.

Now, on that grammatical error. I’m sure all of you who subscribe to my e-newsletter read it and spotted it. Please don’t send me emails pointing out my mistake. I don’t know how I didn’t spot it, and then, my proofreader didn’t spot it. Guess I shouldn’t write blogs at 11:15 at night and think they’re perfect.  But it’s still gonna bug me because it’s still going to be there, in that 3rd paragraph of that e-newsletter that I sent to thousands of you. Just like most of you, I’m a bit of a perfectionist. I should have caught it, but I didn’t. OK, now I feel better, confessing my inability to be perfect.
Thanks!
Jon Schallert