The Only Comparison You Should be Making 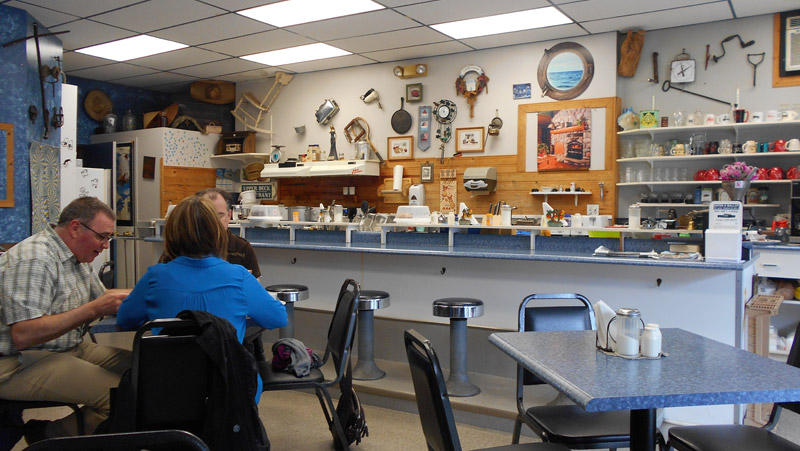 To all my blog readers:  My apologies for missing a couple of blogs these last two weeks.  You see, I’ve been speaking all over North America, but I think I have a story to tell you that will make it worth your wait.  Here’s Part 1.  Next week I’ll wrap up with Part 2.

Part 1: Welcome to the Family

One of the conferences I spoke at was in Bathurst, New Brunswick, Canada, for their province’s tourism association.  If you don’t know where Bathurst is, find Portland Maine on a map and move your finger about 500 miles to the northeast. It’s Canada’s one province that is officially bilingual, so my keynote speech was translated into French, while I spoke from the floor of a hockey arena!  Not many professional speakers get to say that.

Another speaker at the conference talked about Creating a Customer Experience.  The day we left Bathurst, I think we experienced the ultimate Customer Experience in two different restaurants, and here’s my story about the first one.

The day after my keynote, as we were leaving town, we stopped for breakfast at a local downtown Bathurst restaurant called the Coffee Stain.

It’s a small restaurant with local photos, maps, Bathurst mementos, and sailing memorabilia on the walls, and a woman was cooking behind the counter at the grill. She told us to take any seat and soon she brought us menus, speaking to us in English.  As she moved to the next table, she spoke French to them.

Soon it’s apparent that the Coffee Stain is less like a restaurant and more like walking into someone’s kitchen, in the middle of a family meal, with different tables being part of the family. The owner, Olga, takes our order at the table. She brings Peg coffee and I ask her to bring me a Coke when she has a chance.  She returns to the grill, but forgets to ask us something, so she shouts it out from behind the grill where she’s cooking.  As people enter the restaurant she greets them by name, speaks to them in the language they understand, and keeps a constant flow of conversation with all the tables while she prepares all the meals.

Soon Lorne, her husband, comes bouncing in. He brings us our food that Olga’s cooked and asks us if we’d like some of his fresh strawberry preserves. You bet, we say, and as he goes to get it.  I remind him that I wanted a Coke.  Lorne yells to Olga, “Were you supposed to get him a Coke?”  Not missing a beat, Olga says, “Yes, but he said when I had time, and I haven’t had time.”  The restaurant bursts into laughter.

We’re now officially adopted into the Coffee Stain conversation. They ask us where we’re from and we tell them Colorado.  Lorne brings us bright red ceramic Coffee Stain cups for us to take back home.  As Olga and he move from behind the counter to the tables, taking orders, delivering food, running the register, and loading up the truck with a delivery, you realize that every chain restaurant you’ve ever eaten in has less personality, humor, and great food than the Coffee Stain.  And right when you think you’ve seen it all, Lorne yells to a customer as he’s headed to the bathroom: “Be careful in there.” The place erupts again.

And I started wishing we weren’t leaving Bathurst right now, so we could come back for the breakfast routine tomorrow.

We’re convinced as we walk out that it will be tough to find as warm a restaurant as the Coffee Stain as we work our way back to the United States.

Check out this blog next week for Part 2 of the Ultimate Customer Experience.

March 4, 2020
Less than 4 Minutes of Business Updates from Jon Schallert
June 21, 2019
Kansas Department of Agriculture Hosts Destination Business Workshops to Assist Rural Towns and Business Owners
May 14, 2019
Testimonials from Destination BootCamp Attendees: April 9-11, 2019
May 13, 2019
How a Business in a Town of 28 People Became a Destination: The Mildred Store, Mildred Kansas
January 15, 2019
The importance of celebrating your successes
January 2, 2019
It’s a New Year, and You’re Not the Problem
June 23, 2014
The Ultimate Customer Experience, Part 2