Two Workshops in Ohio: Learn How to Become a Destination in Norwalk and Urbana

What Happens When Owners “Get It”

There’s Nothing Fun About Business Reinvention

October 18, 2010 in Competing in Today's Economy, General, Getting Out of a Business Slump, Small Business Advice 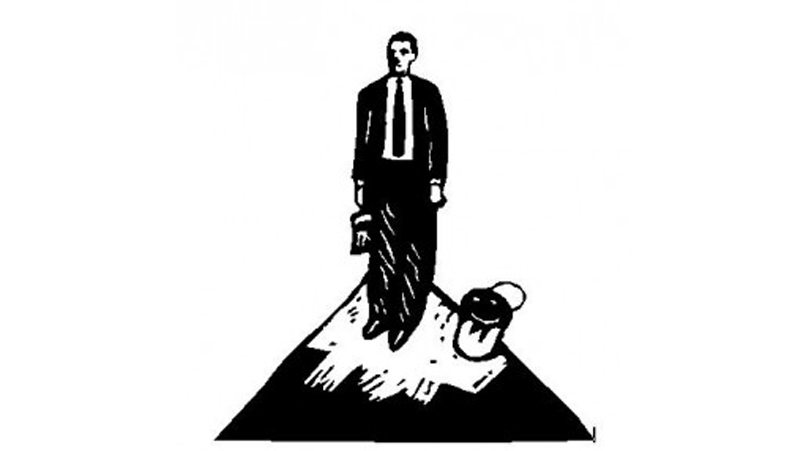 I was just in Albany, Oregon where I did the keynote speech on “Business Reinvention” for the Oregon Main Street Conference.  It’s always fun for me to get on stage and explain to business owners and community leaders the positives of reinventing a business and to show real-life examples of business owners who have done it.  But although it’s exciting to show how an owner can change their business model, and how that change can cause a community to rise up out of this economic quicksand, there is nothing enjoyable for any owner about being in this economy, and having your business not generate the sales it should, and being in the midst of it, wondering what to do next.

If you are a community leader or a business association director, you should realize that many business owners are at their financial, emotional, and creative-thinking limits coming into this all-important 4th Quarter of the year.

What that means is that many owners will appear as if they are apathetic towards changing their current business state.  When I say “appear”, I mean that your outside perspective will not be accurate because these owners aren’t apathetic at all.

They are just numb.

You should understand that by the most conservative estimates, we are entering into the third year of this recession and despite what the experts say about the recession ending about a year ago, someone forgot to post it on the General Public’s Facebook page and most consumers are still acting 2008/2009-ish.

Unless you take time to talk to owners one-on-one, and delve deeply into your questioning, you will not hear it from them, and most will not admit it right up front.  But just keep asking, and it comes out.  For example, one owner described to me that she felt like she has been in survival mode for almost two years.  One owner described how his business lost over a million dollars in sales volume just last year, what it was like to have to layoff employees who had been with his company, and how he couldn’t do anything until the economy comes back.  Another told me that no matter what he tries, nothing works.

However they describe it in their words, the end result is the same.  We as a country have hundreds of thousands of business owners who are collectively stuck in a phase of entrepreneurial powerlessness.

If you want to help these owners in your community or organization, here are four (4) pieces of advice:

2.  Suggest owners concentrate on lowest risk, highest return-on-investment marketing, especially in this 4th Quarter and the upcoming 1st Quarter.  These next five (5) months are the most critical months of the last three years.

3.  Suggest to owners that their advertising becomes more targeted towards attracting their very best customers who have the most disposable income to spend.  Targeted advertising means that many owners will have to clarify, identify, and know how to reach and entice these top customers into their businesses, with the result being that the advertising dollars they expend must pay for themselves.  You will find most owners do not know how to target their top customers well.  (This is one of our most popular Destination University online webinars.)

4.  Recognize that owners have limited dollars to put at risk and even less extraneous time to invest.  Don’t expect overwhelming response if you want time and dollars committed to a project that won’t or can’t show immediate results.

5.  Suggest that owners look at finding cooperative networks where they can brainstorm with their peers, and send business back and forth to each other.  You might have some cooperative networks in your local marketplaces, but don’t forget about our Destination University Student Center. It is one place where owners, experts, and authors from around the world are sharing ideas with each other on a daily basis, all while watching webinars that are bringing owners up-to-speed on business improvement tactics that many have missed.  (For example, in the next 75 days, Destination University will have eight (8) live online webinars that all focus on improvement tactics that owners can use right now.)

The most proactive business organizations and communities are gearing up to help independent owners who are ready to get out of their collective sleepwalking.  Don’t be surprised if your idea isn’t returned with some skepticism.  This economy is not the normal mode of operation for most businesses, and most have not reinvented themselves, so expect some push-back to your ideas, but don’t let up.  It takes a while to show those who are numb that there is a way out of their current situation.

(If you’d like to learn more about how your business or your organization can use our Destination University program to help your businesses, click here).

March 4, 2020
Less than 4 Minutes of Business Updates from Jon Schallert
June 21, 2019
Kansas Department of Agriculture Hosts Destination Business Workshops to Assist Rural Towns and Business Owners
May 14, 2019
Testimonials from Destination BootCamp Attendees: April 9-11, 2019
May 13, 2019
How a Business in a Town of 28 People Became a Destination: The Mildred Store, Mildred Kansas
January 15, 2019
The importance of celebrating your successes
January 2, 2019
It’s a New Year, and You’re Not the Problem
February 16, 2018
Sure, Retail’s tough. And here’s how to succeed at it.
May 13, 2016
Everyone Wants You to Grow, but Who Really Wants You to Thrive?
April 1, 2016
The 4 Biggest Lies Customers Tell You
March 25, 2016
Quit Killing Your Business: Preserve Your Profit Margin
April 23, 2014
It’s Time to Act Impulsively in Your Business
March 12, 2014
The Power and Popularity of Being Small